WATCH YOUR STEP! There is food on the forest floor! Plants rocket out of the warming soil underneath the leafless canopy heralding the springtime, a godsend to foragers. One waits around the calendar for the return of the ephemeral beauty and bounty available to the knowledgeable nature walker.  My friend Mike often takes nature walks, to be specific swamp walking is his favorite. Mike and I had explored this one swamp many times but had never come across “The Patch”.  Foragers have many patches, most of which
they keep to themselves but occasionally you let a friend in on your patch.  His excitement may have been too much to bear for a sole forager, really just out and about to enjoy the nature, so he let me in on his discovery.

This patch was big enough to share as it spread beyond the size of a football field. It was wild leeks (Allium tricoccum) that he had found, residing among a wetland forest of maples, muscle wood, beech and basswood. Truthfully, this patch was really no secret for anyone with the wherewithal and woods wisdom to recognize leeks within the forest, not just in the supermarket. The under-story consisted mostly of Spicebush shrubs, some Poison Ivy, Virginia Creeper and flowers of Violets, Wild Geraniums and a few hidden white Trilliums.  As we walked and talked and read the forested landscape we admired the old stone wall that abutted the leeks as if to hold framework to their green beauty, revealing a story about the past history of the lands agricultural use.

The wild leeks also referred to as ramps, especially in areas around Appalachia, send up leaves in early spring and continue to grow into the start of summer. Their shade of green is one that is easily recognizable to an experienced forager. They are often found growing in patches, the large green target sure helps the seeker. They grow best in rich, dark and moist, yet well drained soils. In my experience, I’ve often found them on the shady upward rise between full-on wooded wetland forests and where the land transitions into hardwood forest. The elongated leaves have a mild onion scent but may pack a powerful strong spicy flavor that can make your mouth burn if you eat them raw. While the leaves have many wonderful uses many may agree that the real prize is at the bottom, the bulb, found in clumps strongly rooted to one another bedded beneath the forest floor. The bulbs have a taste like that of other onions but with a hint of garlic. Described as “our best wild onion” in Peterson’s Edible Wild Plants Field
Guide. However, one note of caution from experience and also noted in Elias and Dykeman’s guide to Edible Wild Plants is that they can be very strong flavored and cause gastric distress. You may want to cook them thoroughly and eat them sparingly to help with digestion.

In the past I had always used the wild leeks where onions might be called for like in a pan of venison. But this time around, looking to build my skills in self-reliance, I decided I would pickle them.  To do so I collected a batch and washed them in a stream on my way out of the forest, carefully tickling the clusters of roots to gently remove soil and earthworms. Upon entering my vehicle, I opened my windows to help avoid the lingering smell of onions. When I got home I began to boil my mason jars while I simultaneously cut the roots and stems off the bulb and cut the leaf from the stem.

The stems and roots went into the backyard compost bin while the leaves and bulbs remained ready for use. Next I gathered pickling spices from the cabinet and made a mix that went into a bowl of 2 cups water and 2 cups vinegar. The spices that I included were cinnamon, allspice, mustard seed, coriander, bay leaves, chili peppers, black pepper and cardamom. All found within my cabinet, sparing the need to spend on a premixed batch of pickling spice mix from McCormick.

I added the leeks to the pickling brine I had created and let them cook for about twenty minutes. Some batches included only bulbs while others included both bulbs and leaves while another included carrots. Once the mason jars were cooked clean and the leeks were ready, I began to fill and cap the mason jars being careful that the leeks remained below the brine line to avoid issues with mold. About five to ten minutes after cooling the caps popped on their own and the jars were ready for storage.

David Alexander is a naturalist, conservation biologist, educator and author. He specializes in making nature accessible to people and wildlife.  You can follow him at http://www.natureintoaction.com 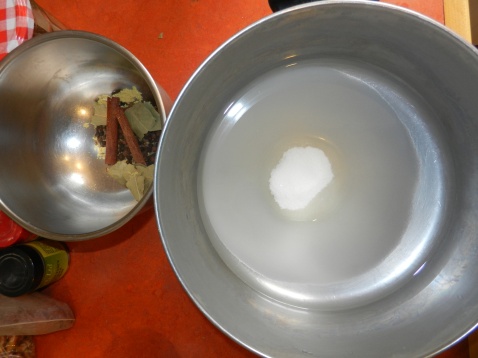 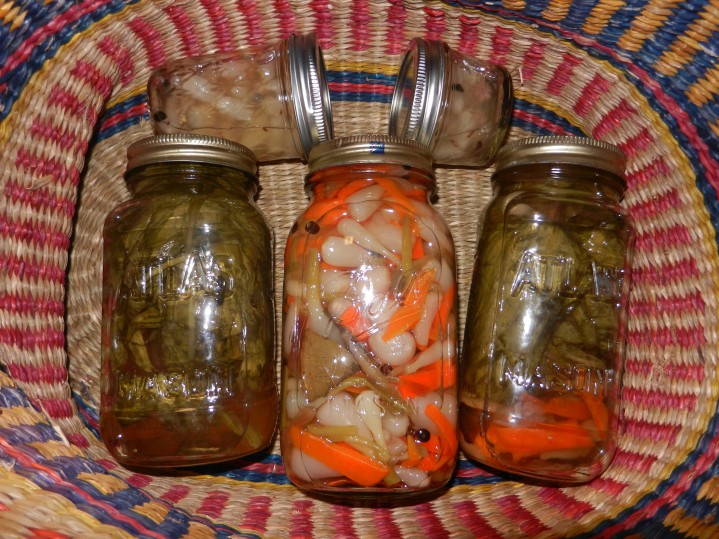 Hardwater weekend with @groves_al and @alexd_outdoors We jigged up smelt as bait for our tipups and caught some mixed species. Splake was most willing to bite and provided us with a tasty fish fry. Black Crappie also hit the jigs but it was slow for target species of northern pike, lake trout and walleye. Always a good time and lots learned, there is no graduation day in the school of the woods.

Hardwater weekend with @groves_al and @alexd_outdoors We jigged up smelt as bait for our tipups and caught some mixed species. Splake was most willing to bite and provided us with a tasty fish fry. Black Crappie also hit the jigs but it was slow for target species of northern pike, lake trout and walleye. Always a good time and lots learned, there is no graduation day in the school of the woods.
I'm going to be clicking my tongs twice, a lot this summer.
Made camp for a long weekend in the Adirondack woods for buck season with a few skilled sportsmen. We tried sits, drives, and spot and stalk hunting. I saw a few doe but never put eyes on a buck until Adam put one down in its tracks just after first light on a sit overlooking a deep saddle. Him and JP got it dressed and half way down a mountain, we carried it back into camp on a beech pole and temps finally cooled off just right to let it hang and age. There is satisfaction in this challenge and camp memories made. I'm hopeful my skill will match my enthusiasm and I'll get a shot at one on the next trip.
Once a year we celebrate wild game at Squirrelfest with recipes cooked over and around the fire. Squirrel Biryani, Squirrel Empanadas, Squirrel on a Stick, Squirrel Confit with Pumpkin in Brodo..to name a few... all washed down with homemade pie and beverages. Shoutout to @broadloomhdc for organizing and @whittemoreccc for hosting.
Terrific weekend helping keep an Adirondack tradition alive with @lean2rescue and @twotonadk.
F**k around and find trout!
Loading Comments...
%d bloggers like this: